Our team of experts is excited to share with you their favorite tips and tricks about how to access and use Census Bureau Data.

So we created the Data Gems:  a series of “how-to” videos available for data users who are looking for an easy and quick way to enhance their knowledge of Census data.

They will introduce you to various concepts and techniques to improve your ability to navigate our website and use our data-access tools.

We hope you find these Gems valuable! Drop us a line at census.academy@census.gov and let us know what you think!

The image below lists all but one video on the site. To access them click on Data Gems. 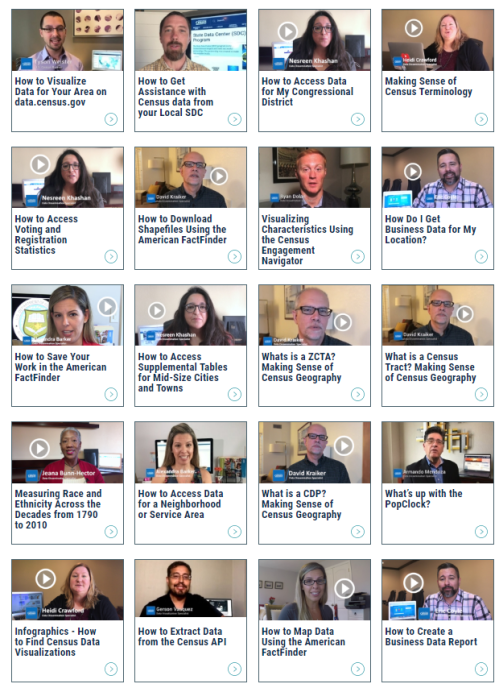 Twenty of twenty-one videos available to learn how to access data specific to your region.

The links and images on this post pertain to the state of Virginia, U.S. Click on Virginia American Community Survey 2016 estimate for the 126 page pdf document for Virginia and all Virginia counties and major cities. Counties are listed in alphabetical order.

Statistics about women in the labor force

In honor of Women’s History Month, the Census Bureau released some fascinating statistics about women in the United States. But, fascinating doesn’t necessarily translate into positive.

The stats include the persistent wage gap that shows women still make just 78 cents to every dollar earned by men as well as the significant disparity of the representation of women in STEM (science technology education, and math), such as in careers like computer programmers, physicians and surgeons, lawyers and judges, police officers, and civil engineers.

These harsh inequality facts are among the reasons why many agencies and the White House [in 2015] have committed to creating more opportunities in STEM (ScienceTechnologyEngineeringMath) for women and girls. 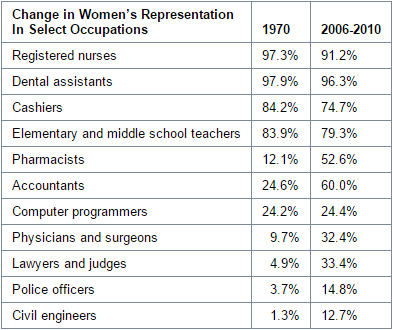 Click on this link to the U.S. Census Bureau to the article,  FFF Women’s History Month, March 2015.

Tagged women in the workforce

Double click on the image for a larger view: